ONLYgeotechnics operates as a VAT registered company in the UK to serve the European markets. The UK office opened to serve the development of London Gateway Port and has been involved since 2008 on many geotechnical aspects of the project including: major ground investigation projects; ground improvement; employer’s design review; design and back analyses of settlement over a period exceeding 5 years, including recent ground treatment detailed design. ONLYgeotechnics has also worked on projects based in other parts of the UK and Europe.

London Gateway Port lies on the north bank of the River Thames at Shell Haven occupying 235ha of a former oil refinery site. The location at the mouth of the river Thames is ideally located to serve as a major deep-sea port with six berths on completion and the capacity to handle Ultra-Large Container Ships - recently (June 2020) berthing the world’s largest container ship.

The site lies in an ancient flood plain behind an old flood protection wall with thick soft soils, including layers of peat, and overlying the River Terrace Gravels that support a protected aquifer. The aquifer supplies local water demand and imparted strict construction controls. The port development demanded near-shore reclamation and extensive ground treatment using vertical drains and surcharging as well as locally innovative solutions such as a lightweight tyre bale fill at the rear of one part of the seawall. The seawall itself is a contiguous tied-back piled wall.

The Port is fully automated and incorporates an upgraded rail system with a large new business and logistics park within the site boundary. The development includes the provision of major access roads within the site and a link from the site to the M25 orbital motorway. Geotechnical Studies have been extensive and included close interfaces with Archaeological and Environmental specialists where sample-sharing was a key feature of the early site development. Detailed ground investigations were undertaken along the rail track under the necessary rail procurement rules. 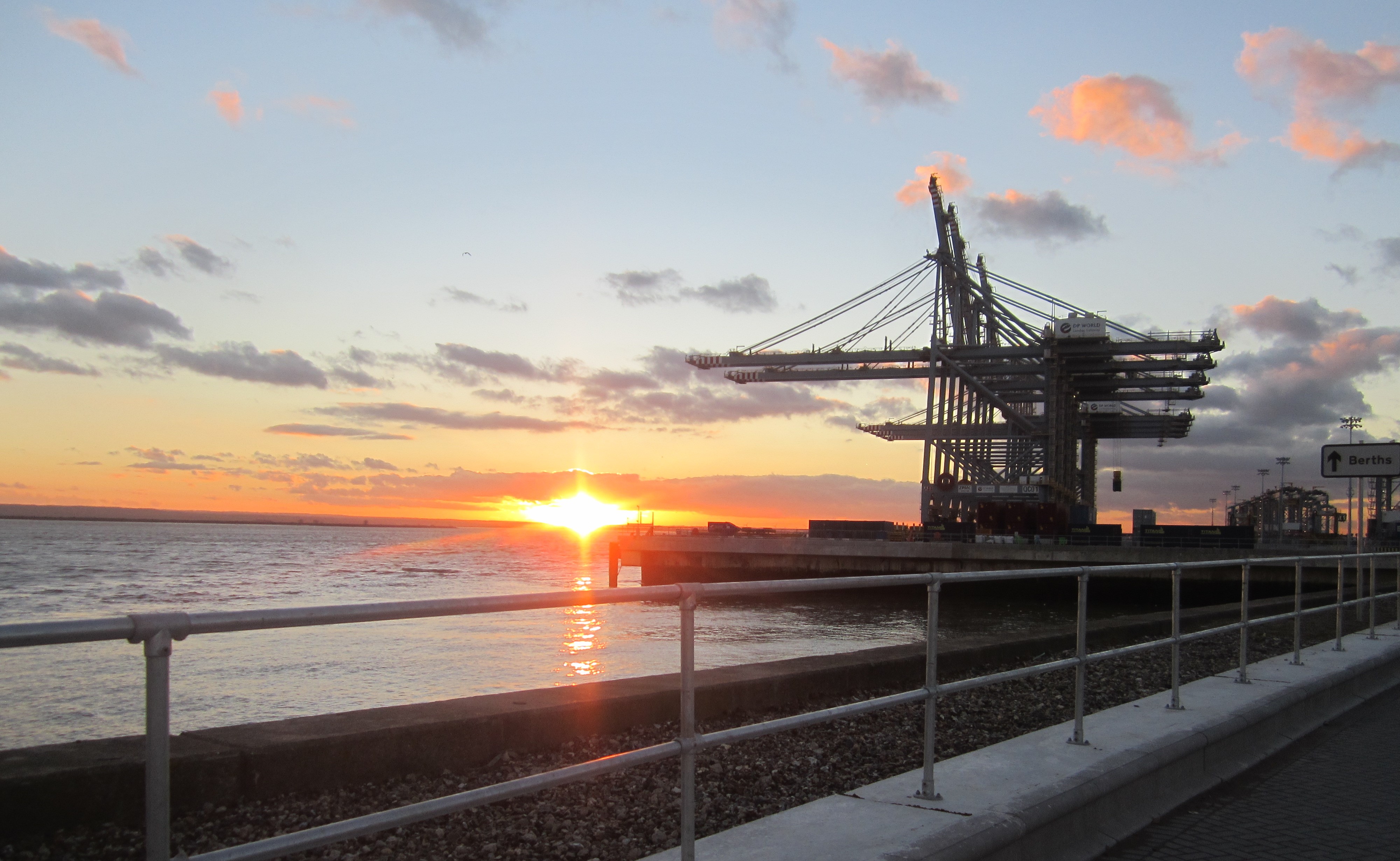 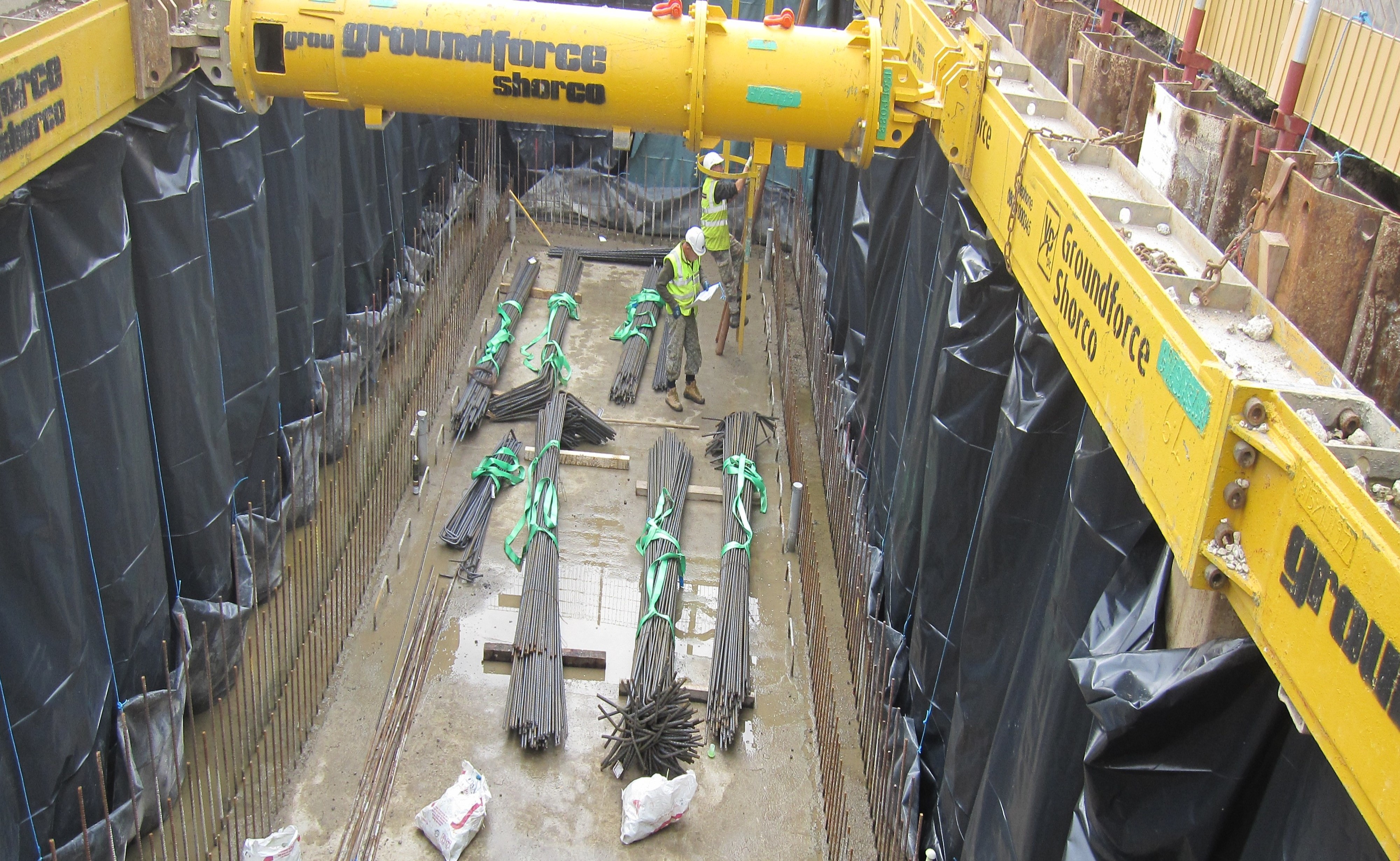 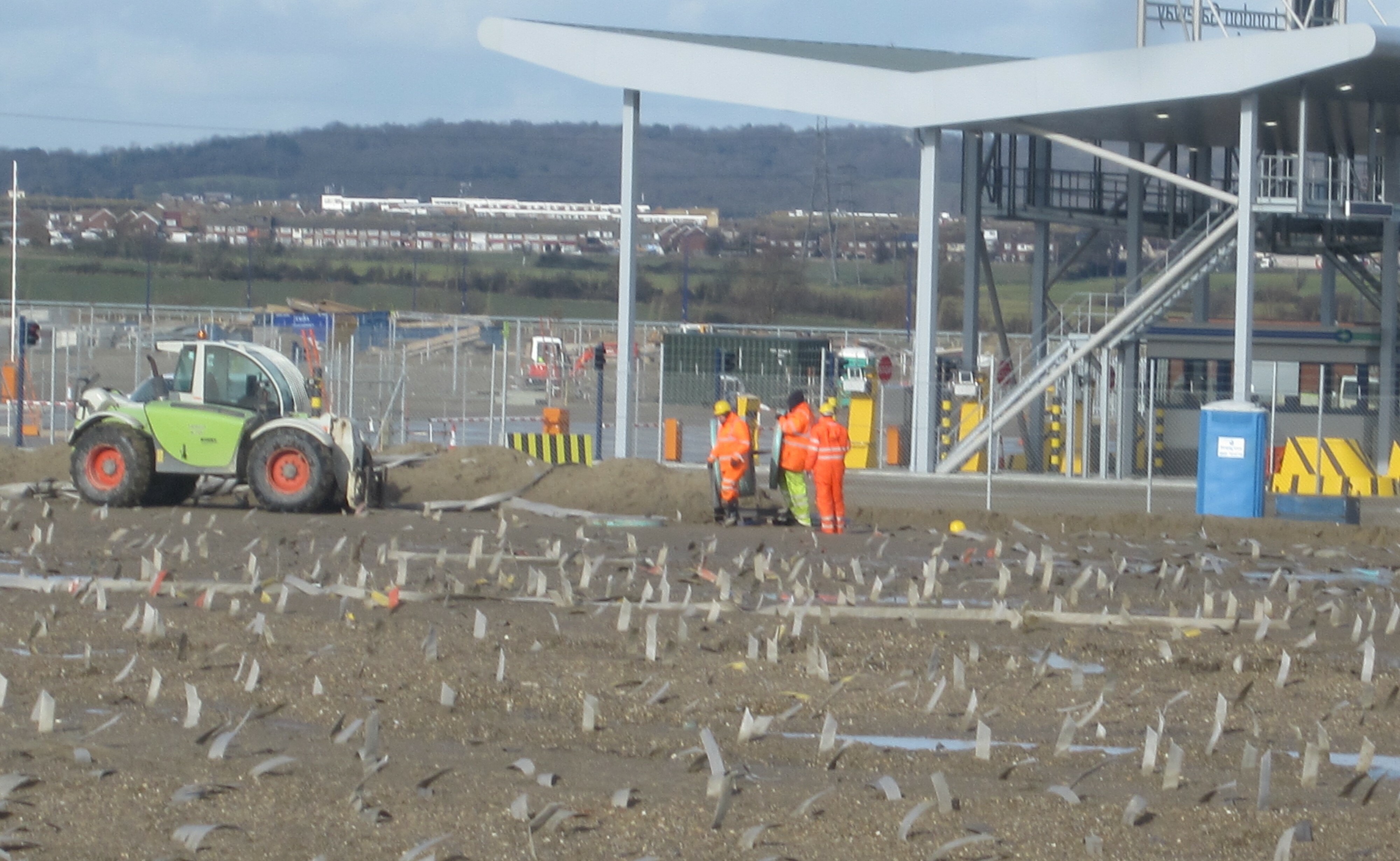 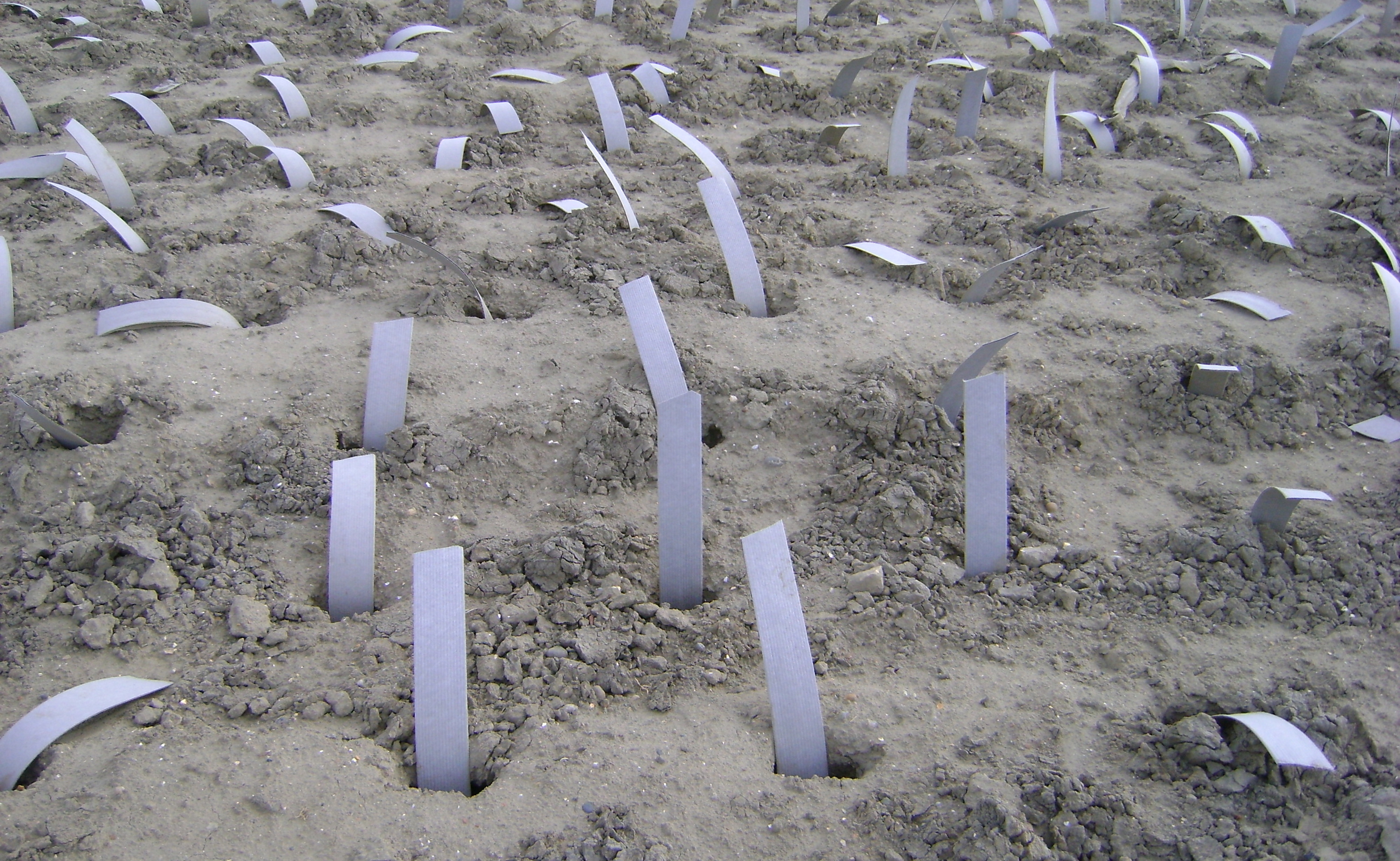 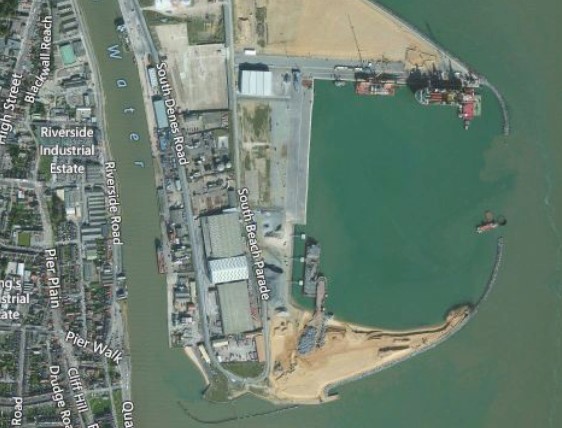 A site formation with a 6Ha layout area for wind-farm equipment servicing the North Sea area was constructed on the northern wing of Great Yarmouth Outer Port. The layout area was constructed of sandfill and the site is approximately 350m long and up to 200m wide, bounded by sloping and vertical walls. The sandfill had been placed without ground treatment of any kind. Core Penetration Tests were performed with a 20.5 tonne track-truck mounted CPT unit (UK15) equipped with a 20 tonne capacity hydraulic ram.


The 10.6 hectare Watling Street Site has been subject to two major industrial uses over the past 100 years. The most recent development has been demolished to ground level leaving the site as derelict open land.

A large scale reclamation with a new quay wall was proposed in Derince, Turkey in 1990s. The project was delayed due to a destructive earthquake that caused significant loss. The assessment of liquefaction and stability are significant issues for the reclamation.

A new container terminal was constructed near Izmir on the Aegean Coast of Turkey adjacent to a major chemical plant. The facility is set to be one of Turkey's largest container and general cargo terminals; the facilities include: quay structures, reclamation, dredging and a major, piled and anchored, access road through complex geological formations in a highly seismic environment. The variability of the weathered rocks posed particular challenges to the design of a steep and heavily loaded container traffic access road to the port at sea level and required extensive monitoring during and post construction. 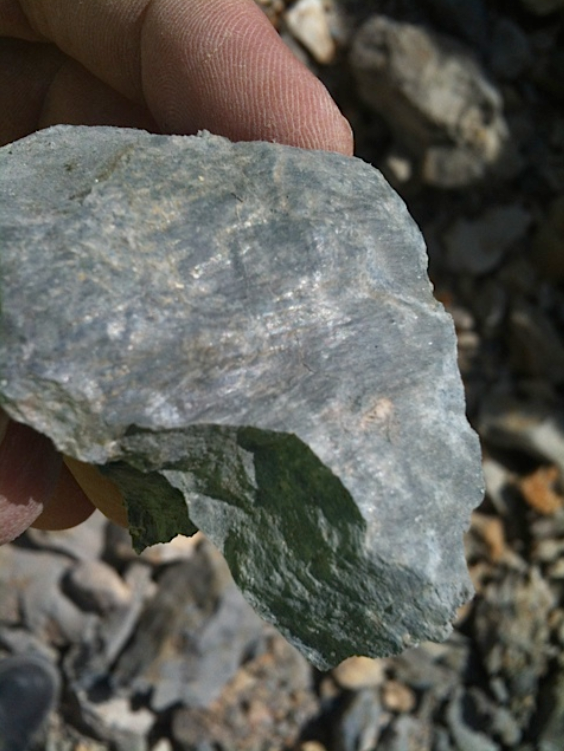